Radiography of social entrepreneurship in Colombia 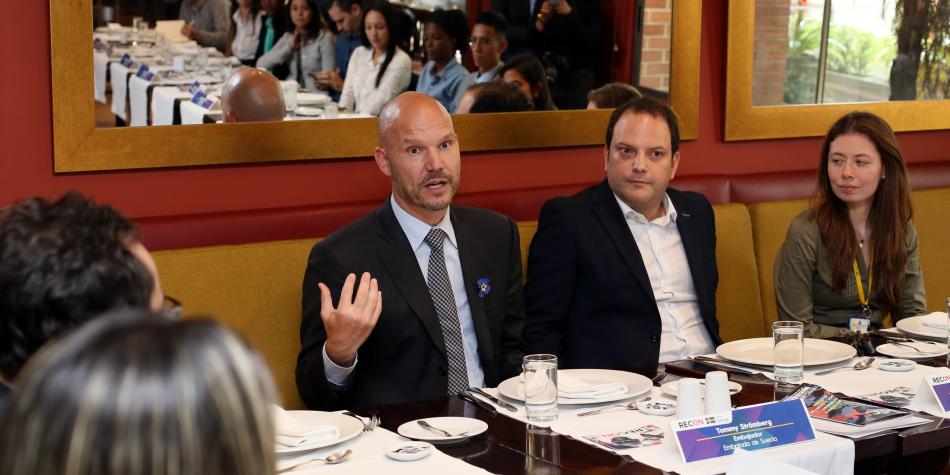 Social entrepreneurship is gaining strength throughout the country. In fact, the RECON organization – created to promote it – has identified more than 2,000 initiatives in different regions. However, the first survey about this activity, applied to 500 entrepreneurs in 30 departments, shows that most of them carry out their work amidst great limitations and difficulties.

Among them, the lack of formalization and training, the difficult access to financing, the scarcity of income and adverse situations such as local violence.

The survey report highlights, however, that, in the midst of the absence of the State in many communities, these entrepreneurs manage to boost employment and income generation for their inhabitants, positively affecting the economy and their development and generating many formulas against violence.

They bet on social transformation through science and technology, the arts, communication, the environment and the culture of peace and human rights. However, launching the initiatives is not easy. In fact, most of the projects – 85.6 percent – are born with savings, and the percentage of those sponsored by the State is very low.

Being a social entrepreneur in Colombia is a matter of vocation, since it implies efforts and sacrifices without receiving fair compensation in return

The projects are in almost all the departments, but they have more presence in the capitals. Bogota concentrated 131 of these; Antioquia, 53; Valle del Cauca, at 49, and Cundinamarca, at 39. In contrast, only 3.2 percent of the entrepreneurs interviewed are in the departments corresponding to the former National Territories: Casanare, Putumayo, Arauca, Guaviare, San Andrés, Amazonas, Vichada, Vaupés and Guainía.

The survey shows that 91.4 percent of social enterprises in Colombia consider that there is no vocation for profit, which is consistent with their social approach and the prevalence of the collective good. “However,” says the report of Recon, “social entrepreneurs should have a vocation to generate income, because although they seek to impact on the collective, this should not lead to an express resignation to be profitable, but to the aim of strengthening more and providing more alternatives in the country. ”

According to the study, about 55 percent of the income of these ventures comes from donations, quotas and contributions, since they have not managed to market a product or offer a service. “They are going, as a source of funding, to donations and contributions exclusively, without generating alternative mechanisms to contribute to their financial income derived from their own business model,” says the report. Only 33.9 percent of revenues are from the sale of products or services.

On the other hand, 65 percent of entrepreneurs stated that they earn less than a minimum wage, and only 3 percent receive four or more minimum wages monthly. “Being a social entrepreneur in Colombia is a matter of vocation, since it involves efforts and sacrifices without receiving a fair payment in return,” says Recon.

The study shows that most of those who choose this path are young adults -57.6% of them are between 25 and 34 years old. Also, most of them are professionals -71 percent. However, they receive little training associated with social entrepreneurship. Only 38 indicated that they had received it.

“There are no training programs by the State aimed at promoting and strengthening social entrepreneurship.” Most of the training processes it provides are exclusively directed to conventional ventures, says Recon.

Six out of ten entrepreneurs indicated that they dedicate full time to the development of their initiative. The rest alternate with other activities.

A fact that accounts for the precariousness with which many entrepreneurs do their job is that almost 6 out of 10 operate from home and at least 2, in other spaces such as cafes, restaurants or libraries, where they do not have to pay rent.

A worrisome aspect of the study is related to access to the financial system. 89.2 percent of respondents say they have not accessed it, which, according to the report, is explained by the “informality with which the enterprises operate – 61.2 percent are not formally constituted – and “not meeting the requirements of the financial system, which does not mean that they do not want or need to do it. ”

Almost 70 percent of them do not have a bank account in the name of the company, and 97 percent believe that the financial system does not have adequate lines to support them.