They awarded the best social ventures 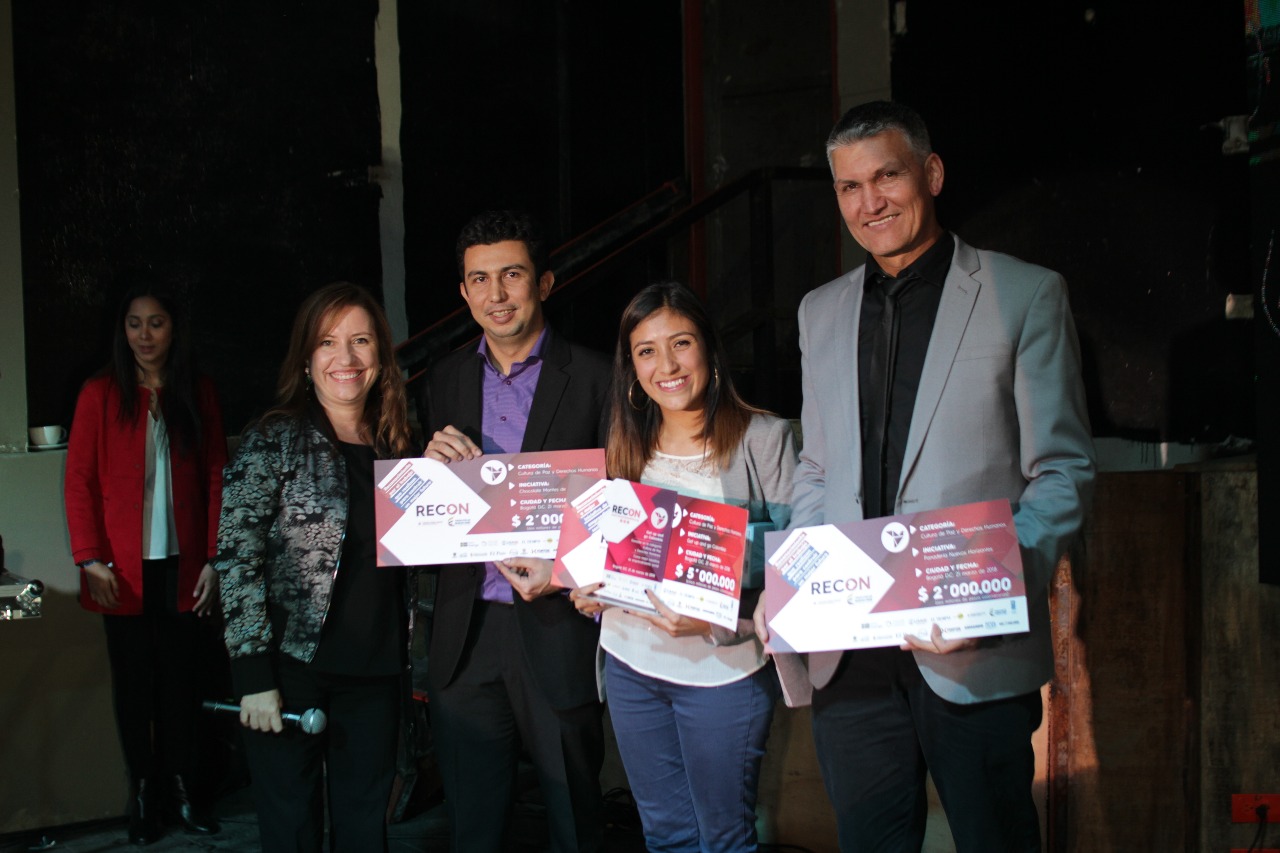 The RECON platform awarded last night the six winning initiatives of the 2018 edition of the largest social entrepreneurship contest in the country.

In this year’s call, more than 1,500 initiatives were received, of which 881 met the requirements. Finally there were 18 finalists, among which the winners were chosen.

These social entrepreneurship initiatives will receive seed capital and the leader of each one will be guaranteed participation in a training program in transformation of values with the Dalai Lama Center for Ethics and Transformation of Values of MIT.

In education, the winner was La Fontaine, in Cali, promoted by the school that bears the same name. This institution developed an education proposal with an emphasis on bilingualism, with personalized classes, pedagogical outings and development of skills in technology, engineering and mathematics, for low-income children in comuna 20 of this city.

In entrepreneurship, Frutichar was the winning initiative. Developed in El Charco, Nariño, since 2013, it generates formal employment options for young people between the ages of 15 and 26, with the aim of keeping them away from the armed conflict. The company buys, transforms and markets exotic fruits and pulp from farmer suppliers in the area.

Nebulón won in environment. This venture was born as a solution to the problems of water shortage in some areas of the country. Through three panels, Nebulón developed an easy installation system in places where it transforms fog into drinking water.

In technology and communications, KitSmile, a project created in Bogotá, designed the first home rehabilitation kit for children with cerebral palsy (which in Colombia is more than 300,000), which allows them to be rehabilitated in vulnerable families.

The fifth winner of the night was Get up and Go Colombia, in culture of peace and human rights. The project seeks to promote tourism in regions affected by armed conflict via bilingual university students.

The other two finalists, Chocolates Montes de María and Panadería Nuevos Horizontes, were also granted seed capital as recognition of their work in post-conflict.

In artistic, cultural and sports practices, Casabe al arte, from Montería, won the prize. The project was created and directed by Ildefonso Mestra Madera, 57 years old, a professor at the San Isidro school, located in the rural area of Córdoba. Mestre teaches children and young people the art through casabe (bread made with cassava flour).

Andrés Santamaría, co-founder and director of Recon, said that “these initiatives are the evolution of human rights organizations. None of them criticizes the State. All accept the weaknesses and propose solutions for social problems. ”

Pablo Ruiz, director in the country of the UNDP, said that with these social enterprises “Colombia sets an example for the rest of the world”.

Larry Sacks, director of the United States Agency for International Development (USAID), an ally of Recon, said that “all this happens because you want to make your dreams come true. The 18 finalists are a sample of those dreams and show that this country wants to turn the page. ”