Social entrepreneurs of Putumayo say they should not depend on welfare 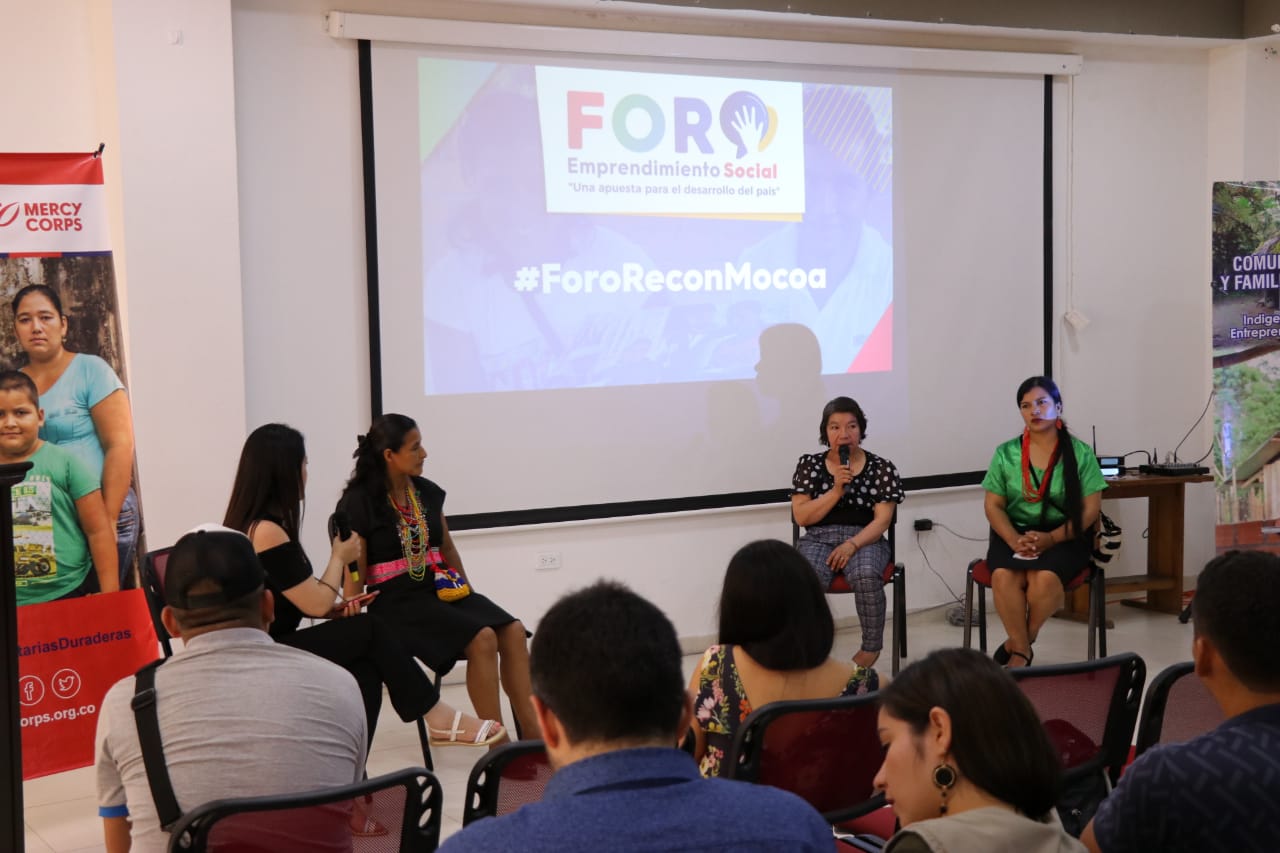 RECON in partnership with the International Dream Foundation and with the support of Sweden, Mercy Corps and the United Nations Development Program UNDP, held the forum “Social Entrepreneurship: A commitment to the development of the country.” Space in which Social Entrepreneurs from indigenous communities, local institutions, civil society organizations and international cooperation participated.

During the first panel: Successful Experiences of Social Entrepreneurship, Paola Barrera of Putumayo Emprende said that to undertake not only money is needed, it is necessary to have a shower and convincing of the abilities to undertake. “Social entrepreneurs undertake by necessity and rarely by opportunity, however we should not expect everything to be given to us, we must generate opportunities from entrepreneurship”

He also stressed that there is a lack of credibility of the locals themselves in the enterprises of the region “we believe in what we do in the region, there is poverty because we do not believe in our own, in what we are capable of doing.”

On the other hand, Luis Antonio Santacruz del Tigre is not as painted by the Valle de Guamuez and Hernando Coral de Apiario el Bosque de Sibundoy, they agreed that they should not wait for everyone to give them to them.

Hernando Coral said it was unfortunate for him as a social entrepreneur, who works for agricultural development and the environment, that the Government will not approve the Law for the protection of bees, considering that the balance of the planet depends on these insects.

During the development of Panel II: “The institutional vision of social entrepreneurship,” Jonnatan López, director of the International Soñar Foundation, said that Putumayo is the most nationally maintained department in development indices, “here people want to undertake, but they don’t know how to do it, they are a department that has great natural Riches that can make the region very productive, but it takes industrialization and infrastructure failures to carry out productive processes that arise in the territories ”

Harold Mora Secretary of Agricultural Development and Environment of the Government of Putumayo said it was important to give more participation to the community and generate scenarios of articulation and dynamization to strengthen social entrepreneurship in the department, as well as planning tools, starting with the attention from the local to project nationally. However, he stressed that it has been possible to install research tables with international cooperation to analyze the value chains in the department through productive lines.

In turn Alexander Luna, Project Coordinator of Mercy Corps stressed that the greatest potential of the department is the people, who begin to develop enterprises by necessity, likewise, highlighted the strategic geographical location and the privileges they have in relation to natural resources it is about. However, in entrepreneurship issues many elements are needed to articulate.

José Mosquera, a professor at the Externado University and who moderated panel II, concluded recommended the generation of transition scenarios, based on market analysis so that social entrepreneurs can start their ventures but at the same time find alternatives to meet their economic needs while the market they seek to reach with their social entrepreneurship is sustainable.

Mariela Chindoy, former indigenous governor of the indigenous community of San Antonio de Mocoa, said that “when a project begins, a goal, you must look for solutions, not expect everything to be given, to get a community forward you must be renewing, look for alternatives”

However, Chindoy called attention to local and departmental authorities for the lack of support for social enterprises and the lack of attention to generate development opportunities, said they are characterized by their absence and unequal distribution of resources.

In turn, Doralia Jamanoy, a native of Sibundoy and leader of the Sumakilla handicraft project, called on local, departmental and national authorities to have more support for social enterprises, in addition to generating marketing channels, to get products from the department to other regions of the country and internationally, because at the local level they are not valued and therefore are not profitable.