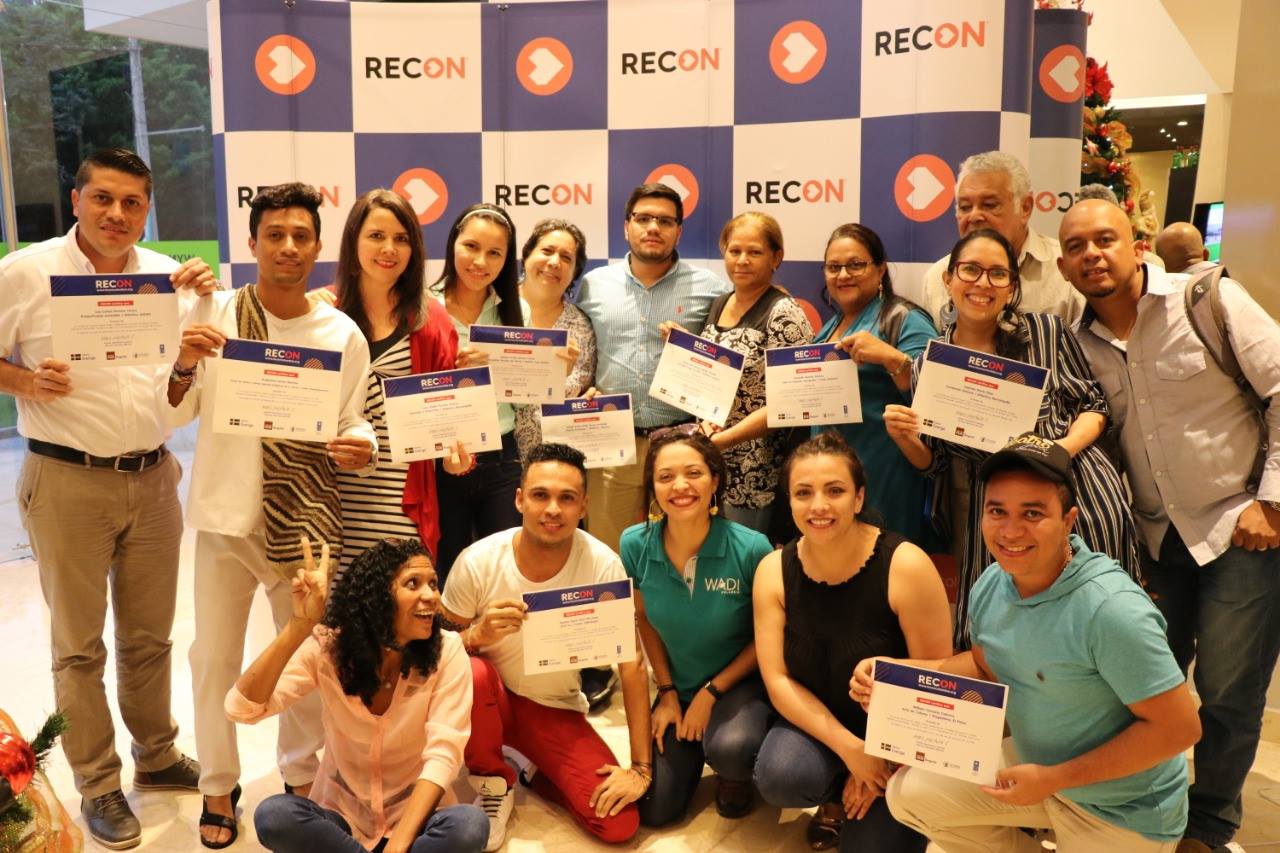 In this space they received training in several topics such as: business model, canvas analysis, market studies, identification of competitive advantages, definition of prices, promotion, placement and product and market measurements, with the purpose of strengthening to become more profitable and sustainable.  The workshops were promoted by Impact Hub Bogotá, Athena and El Lab Coworking Cali.

They also received training in the 2030 Agenda of the United Nations and the Sustainable Development Objectives –ODS, by the United Nations Program PNUD, where they learned to identify how their initiatives promoted the accomplishment of the ODS and the importance of working with a gender, ethnic, territory and environment focus.

The training sessions took place thanks to the support of the Embassy of Sweden in Colombia and the Unite Nations Program for Development PNUD.

“Three days which transform life”, said Pamela Acosta of Barranquilla, Atlántico. In the training sessions “we were able to solve our doubts about social entrepreneurships, develop workshops and know people of different parts of the region who also want to generate a change through their entrepreneurships. Thank you RECON for this space and for all the people invited, we thank them for the opportunity.”

Elizabeth Navarro of Gamarra Cesar, representative of the Lámparas Artesanales social entrepreneurship, a project which looks to generate income for demobilized people in the process of reintegration, pointed out that the program was very productive and that the methodology employed was appropriate to generate links of trust between the participants.

William Vizcaíno of Arte de Colores of El Piñón Magdalena said that “we did not know how to turn our proposals into a social business model and now we know how we will do it.”

Giselle Torres of Usiacurí Atlántico, leader in the social entrepreneurship Mujeres Artemisas, pointed out that these three days generated a change of mind and increased the vision on the project, “I arrived with an idea of service and collaboration for women to make part of my association but I come out with the idea that this that we do can become a social entrepreneurship that allows them to generate income. I hope to be able to put together and execute the lessons of this week.”

Guillermo Choperena of Plato Magdalena, pointed out that “this space was an opportunity to get to know our peers and share experiences to build a better country, I hope we stay connected and the links endure.”