Coffee bar for the hearing impaired 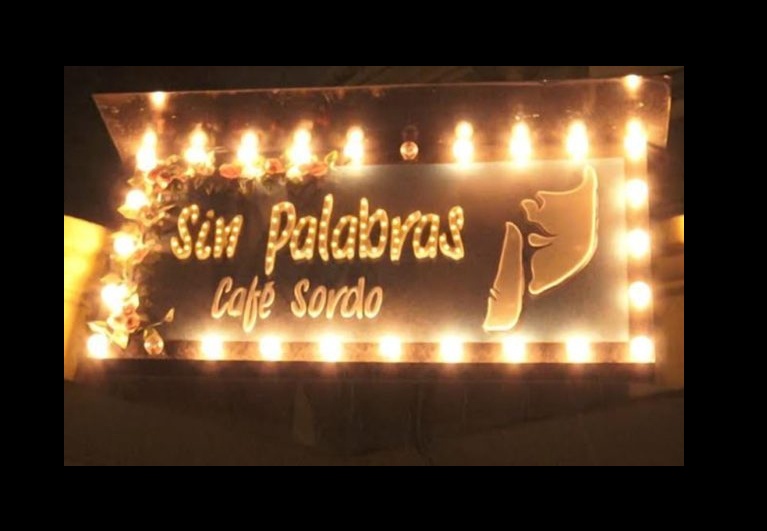 Sin Palabras is the first cafe-bar designed and suitable for people with hearing disabilities in Colombia, being the second establishment of that nature in Latin America and the sixth in the world, where according to the World Health Organization (WHO) there are some 300 million people with hearing loss.

The objective of this Bogota endeavor is to allow the community of the hearing impaired to enjoy themselves in a totally adequate and prepared environment, so that their members can attend the place with their friends and family without any limitations.

This is possible because the establishment has a unique innovation factor: a floor made of wood that allows attendees to feel 100 different types of music vibrations, including bass, and the voice of singers, depending on the melody.

Other adaptations of this cafe bar are the music videos that are presented on the screens, whose lyrics are displayed in sign language and complement the vibrations of the floor. Additionally, each table has a switch for a light that serves as a call for one of the five servers that work in the place and also suffer hearing impairment.

“For people who do hear, the simple act of asking is an experience. How do I order a coffee, if I do not know the sign language? How do they do to adapt to this situation every day, on the bus, in the bakery, in the shoe store? It’s putting myself in their shoes. ” 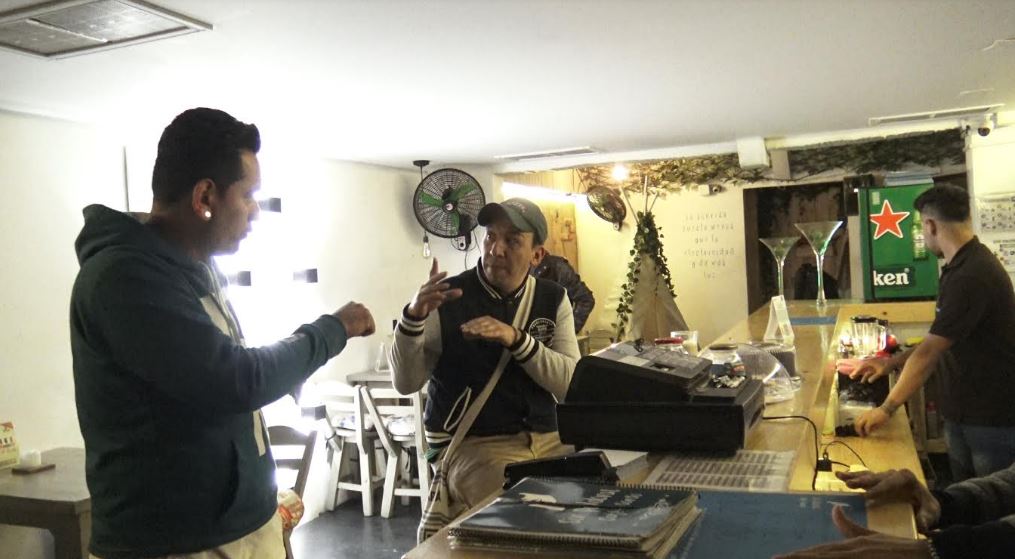 The industrial engineer, Cristian Melo, one of the co-founders of the place, explained in an interview with Colombia-inn that the idea was born when he saw two deaf people communicate through sign language and wondered how that community would have fun and in what places.

“We started research in all the institutions and organizations that work with the deaf community and with surprise we realized that there was no place, cafe or bar for them. That’s when this entrepreneurship initiative was born on pillar of social responsibility,” explained Melo.

With his own resources, Cristian, his wife, Jesica Mojica, and his sister, María Fernanda Vanegas, decided to start giving life to the project, seeking the inclusion of the more than 50,000 hearing impaired people who live in Bogotá, and who until nine months ago did not have a recreational site appropriate to their condition.

However, according to the entrepreneur, in his cafe bar he also receives clients without hearing limitations. “People who are deaf demand inclusion. Therefore, they cannot exclude. In addition, in their social circle not all are deaf, so the space is suitable for them, but there is access for the entire public, ” he said. 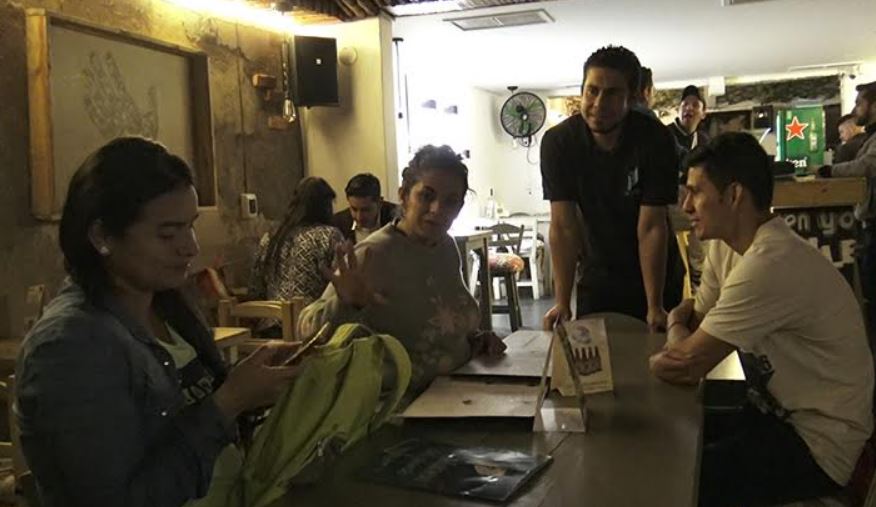 Decorative paintings with hands forming “letters” in sign language, accompanied by phrases such as “The smile costs less than electricity and gives more light”, are some examples of the ambience of this café bar, which also offers a wide cultural agenda for people with hearing disabilities.

“We do cultural activities for the deaf community, such as storytelling, poetry, films for the deaf, all accompanied by interpreters so that hearing people who attend can also understand,” said the founder of Sin Palabras, where a weekend can see up to 500 clients.

The place, located on Carrera 7 with Calle 57 in Bogotá, has become a learning laboratory. Even Cristian revealed that, together with his wife and sister, they had to learn sign language and that the response received during the first nine months of operation of the place has been positive and rewarding.

“We make an “inside” written by the people attending about their impression and comments. We have discovered that they are very happy because it is the first space in which they feel included, in which they feel that there is someone who cares for them. ”

Finally, the co-founder of Sin Palabras says that his idea is scalable, and therefore he expects, in the medium term and through alliances, to have branches of his café-bar in Medellín, Cali and Barranquilla.

Meanwhile, Oscar Espinel, one of the waiters at the cafe-bar, indicated in sign language that he feels happy to work there, and said that he hoped there were other suitable places to share with his friends, such as restaurants, hairdressers and, logically, more recreational sites