Antioquia, the second region with the most social entrepreneurships 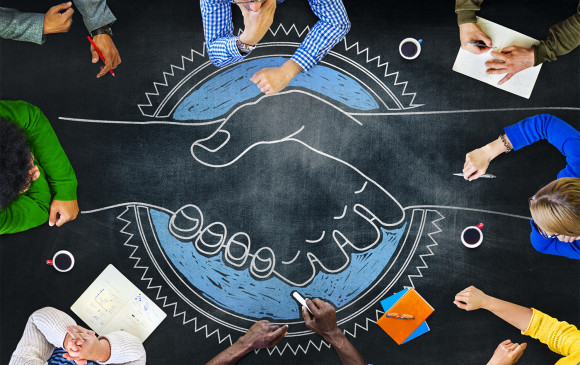 Social needs such as health, education, care of the environment, amongst others, are becoming a priority for entrepreneurs. This is demonstrated by the First Poll of Social Entrepreneurship in Colombia, put together by Recon, which yielded that Antioquia is the second region with the most initiatives of this type, with a total of 53, out of the 2000 in existence.  Bogotá is number one with 131.

Although the department did not fare as well if the generation of employment is observed in detail. The study, applied to 500 social entrepreneurs between April 17th and June 13th of 2018, and supported by the Government of Sweden and the United Nations Program for Development (PNUD) determined that Antioquia is the fourth location with the biggest number of social entrepreneurships generating employment: 7.4%

This is because, says Raúl Ávila, professor of Economics in Universidad Nacional, most of the projects of the paisa department are focalized in small aspects and thus do not end up being great promoters of employment.

How to revert this tendency? Through the generation of social entrepreneurships that point to the agricultural sector with an industrial vocation, supported by the State and with clear lines of long term action” said Ávila.

However, the paisa region surpasses all these areas and is located in the first place when talking about Technology and Communications initiatives. Antioquia, with 33,3%; Cundinamarca with 18,2%; Bogotá with 9,1%; Valle and Santander with 6,1%, each one.

What must still be done.

Ending informality is the goal. The Recon poll identified that only 38,8% of social entrepreneurships (that is 776) have legal recognition.  Meanwhile, the rest, a total of 1224, are not acting formally (See Radiography).

In this sense, Edwin Torres, professor of Universidad de Antioquia, highlighted the need to bring about a process of supervision for each region and of applying strategies from corporations such as Ruta N, so that they understand the importance of the formalization of this project.

Andrés Santamaría, director of Recon, stated the importance of creating public policy which promotes the formation of social entrepreneurships like what happens in Chile and Mexico. “Of the initiatives in the country, only 2,2% have received resources of State programs, less than 12% have received training by the State to help strengthen their entrepreneurships.”

“In foreign countries there exist not only advanced public policies, but also a regulatory framework. In Finland, Lithuania, Italy and Slovenia they create laws for social entrepreneurships; in Poland and Portugal there are social coops; in the UK there exists a decree which allows for the creation of a legal figure of ‘companies with a community interest’, amongst others. In Colombia we are far away from previous examples” said director of Recon.