‘Entrepreneurship in Colombia must have more people in it’ 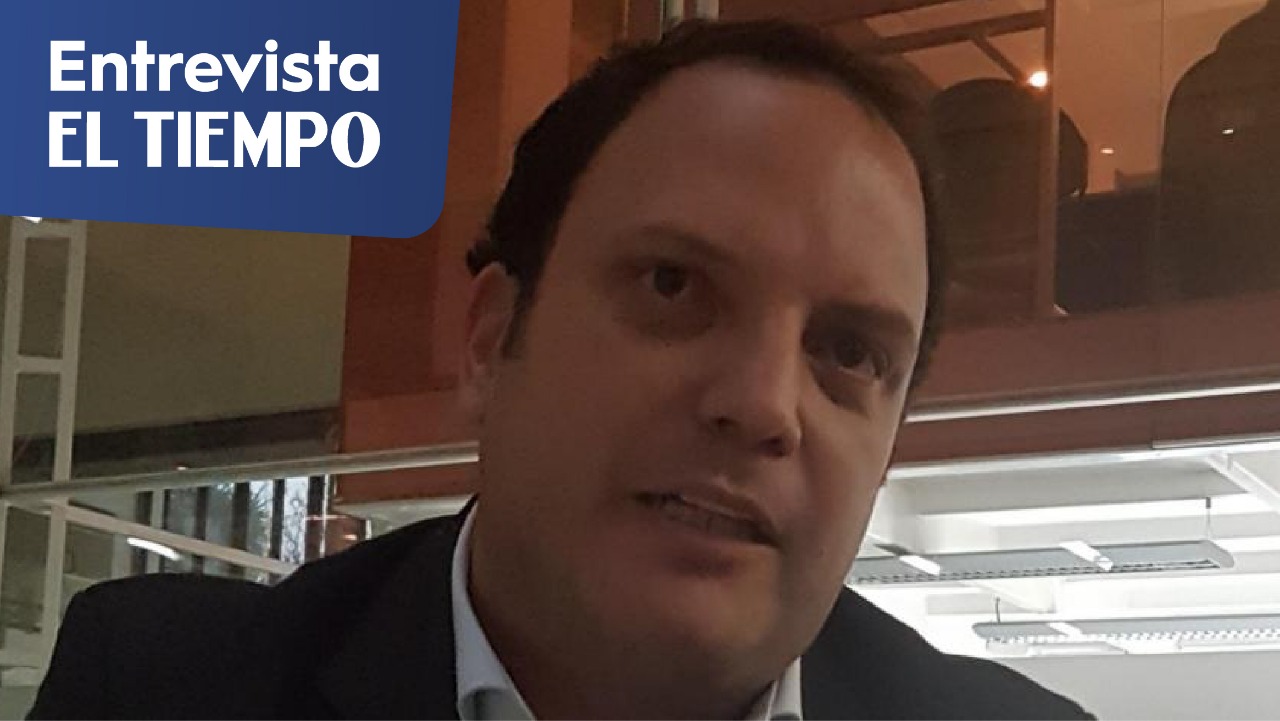 RECON has just launched a call to encourage these initiatives. Andrés Santamaría speaks

Andrés Santamaría is a lawyer from Cali with more than 15 years of work in the defense of human rights, in the search for transparency in the execution of public policies and in favor of the most vulnerable communities.

He became especially known as a personero of Cali and spokesman for the personeros of the country. And, for some years, he started working for social entrepreneurship through Recon.

Today he is the executive director of this organization that has already managed to identify more than 2,000 initiatives of this type, as a contribution to the economic and social development of vulnerable communities, and works to give them visibility, support them, strengthen them and finally – he says – «build a future different”.

Precisely, Recon has just launched its fourth national call, with the purpose of identifying more initiatives for entrepreneurship and social innovation (www.reconcolombia.org).

For those interested in participating, it begins with the realization of a video of only two minutes and can end in the award ceremony to the winners in seven categories, which will be held in Medellín on November 20 during another event to which Santamaría He is putting all his energy: the first social entrepreneurship summit to be held in Colombia. RECON opened the Contest for Social Entrepreneurships

Do you think that here we understand what social entrepreneurship is?

We do not understand. And that is because, in the conflict situation of the country, for many years we have interpreted that activism is similar to social entrepreneurship, and they are different concepts. A social entrepreneur generates a private sector strategy to find a solution to a problem in a community, a region or a country. It seeks to positively impact, but without abandoning the business model that makes your project sustainable and profitable.

In the face of these initiatives, what is Recon’s commitment?

We want to show that there are various social business models that positively impact communities, but they should not live on charity or get bogged down in income weakness. Most entrepreneurs in Colombia have incomes not exceeding the minimum wage.

Is there any idea how many social ventures there are in Colombia?

We are not sure how many there are because most – we believe that 7 out of 10 – are in the informal sector. That helps social entrepreneurship not be conceived as part of a national public policy.

And does not enter into the plans of the regions?

The only city that speaks of social entrepreneurship through public instruments such as a municipal agreement is Medellín. There they recognize it as an important element for the development of the city and complement it with a development center such as Ruta N. Academia, private company and public sector talk about social entrepreneurship and promote it. All these actors realized that their citizens were indispensable to solve problems and, at the same time, to generate economic growth. They understood that it is not a charity or welfare issue.

The Government has made interesting approaches and has opened doors, but cannot open them only for digital ‘startups’ or orange economy projects.

How important is social entrepreneurship in other countries?

There are cities like Berlin or London and, in Latin America, like Mexico City or Santiago, where social entrepreneurship is part of their public policies. In these places they understand that the social should not abandon the idea of ​​generating income and should create minimum working conditions for those who have these initiatives. I give this other fact: almost 30 percent of European companies arise from social entrepreneurship. Today, when the mayor of Amsterdam has garbage or security problems, he calls citizens to present solutions. And their measurement of these proposals is not only financial, but also takes into account the social impact, the benefit to the communities.

And how is the level of foreign support for initiatives in Colombia?

Help comes to the country for these types of projects, but also organizations and private investment funds from Arab countries and other sites in Asia, to look for them with the idea of ​​taking them to their countries. It seems dark and negative to me that the talent that is looking for solutions in Colombia leaves. We have not realized, as a country, that in the regions there is a great talent to find solutions, create value chains, generate income and, incidentally, help them deal with all illegal economies.

What is the profile of social entrepreneur in Colombia?

They are in an age range between 17 and 34 years. It is possible that these young people, in certain regions, are captured by the mafias. An example: in El Charco, Nariño, people have come to offer the entrepreneurs we know there to take their initiative to Cali or Bogotá. The idea is that they stay in El Charco, where the population is most vulnerable to illegal economies.

What should be the pillars of a social entrepreneurship policy?

There must be a legal recognition, and that is through a law. The development plan advanced on issues such as the orange economy and the so-called startups, which many of them can respond to the big concept of social economy, but social entrepreneurship is not just that. It is also agricultural development, defense of human rights, environment, sports development, gender equity and other things. Without this express recognition, these initiatives will continue to suffer the obstacles that impede their consolidation and formalization.

How are these social enterprises formed today?

A social enterprise today has two alternatives: to be a foundation and start to generate income or dividends, or to become an S.A. S. (simplified joint stock company), which has the simplest regulation, and assumes tax and commercial costs. Then, recognition has to be accompanied by the creation of a transition zone, including a tax exemption, that allows the initiative to gain momentum and achieve some stability. The Government did it in the financing law for startups with a certain degree of maturity and that generates a certain number of jobs. I believe that putting this condition of jobs for initiatives that are just emerging is not applicable. This leads us to the conclusion that there is no legal and legal environment in tax and commercial matters appropriate for this type of initiatives. If there is no formulation of this policy, there is no access to credit, to state aid or to investors.

But do you recognize the Government’s effort to advance this issue?

Yes. He has made interesting approaches and opened doors, but he cannot open them only for digital startups or orange economy projects, and not only for those in cities. The remote and forgotten regions also count. It is great that there are successful examples such as Rappi’s caleños, but with three or four successful startups we will not meet the objectives of the 2030 agenda. Great things are happening at the base of the pyramid. You have to put a little more people to the issue of entrepreneurship. To think that only those with a definitive maturation will boost the economy is a slightly small vision.

And what can be said about the role in this social entrepreneurship issue of chambers of commerce?
Chambers of commerce stayed in the past. They do not consider this type of ventures, they are not clear about their social objective and they do not value their impact. There is a big change to make.

What are you looking for with the social entrepreneurship summit you will do in November?

It will not be a summit or a summit like others. Here we bring people from all over the world to the summits, but we don’t hear ourselves. And this time we are going to emphasize that we know what we have to say about our own experiences.

In what sense can social entrepreneurship be a tool for the
peacebuilding?

More than 40 percent of social enterprises seek solutions to situations arising from the conflict. They do it in the midst of many difficulties, but they do. And so complex is their situation that there are many social entrepreneurs on the list of threatened and murdered social leaders. Who creates opportunities is also the objective of the bands because they are interested in keeping young people under coca cultivation. Again: the State must accommodate the realities of the regions. We cannot continue to think of a bogotanized country or of four or five cities, called to enroll in the fourth call of Recon

Those who want to participate should record a two-minute video in which they present the entrepreneurship answering these questions: what led them to create social entrepreneurship? What does this do for your community? What do you dream of happening with your venture?